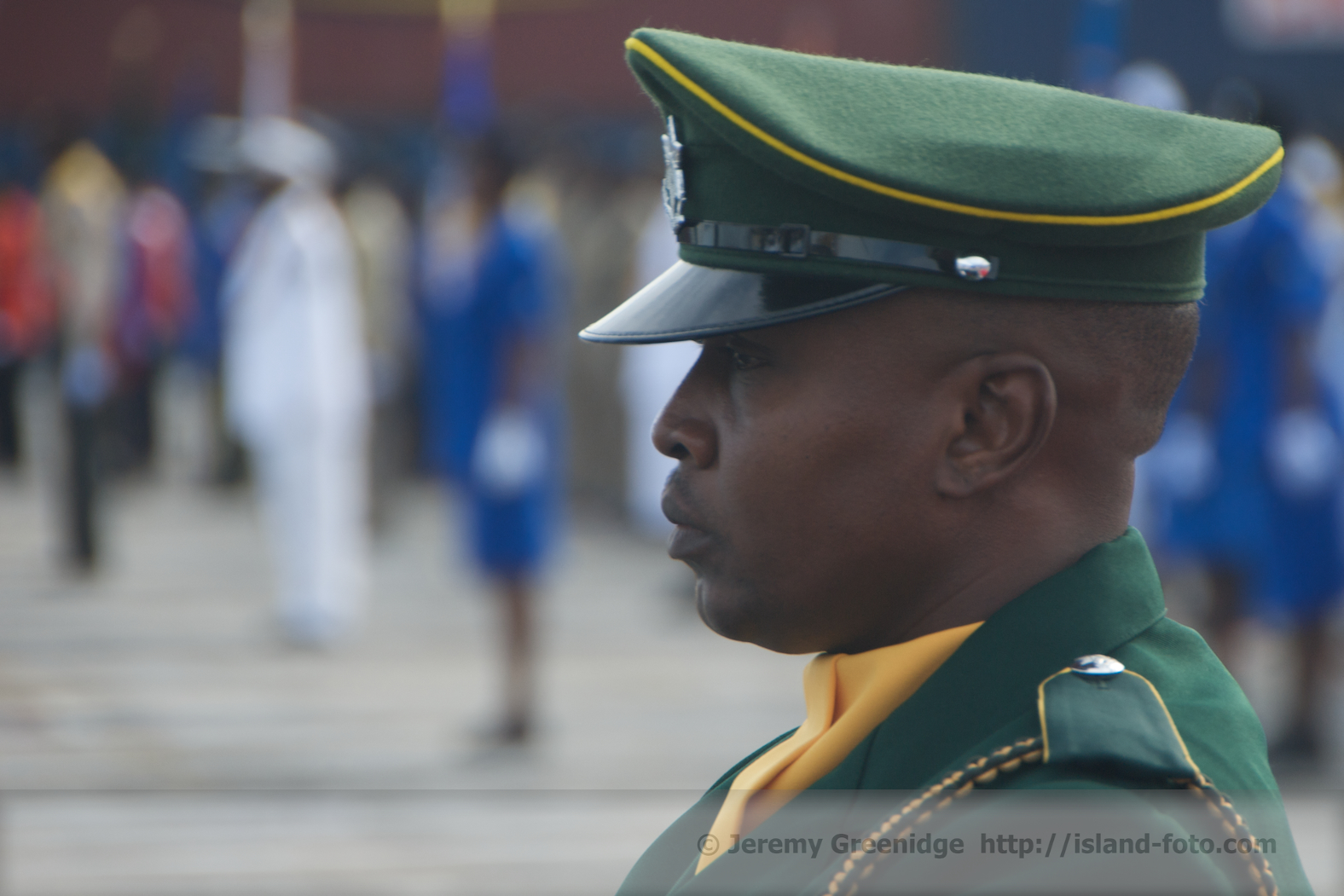 In 2011 Independence Day was held in the port of Bridgetown since the historic Garrison parade ground, surrounded by buildings dating back to the days when the British Army’sÂ CaribbeanÂ contingent wasÂ head-quarteredÂ in Barbados, was extremely flooded from very heavy rains.

The Zouave uniform, shown in some images below, although initially used in Barbados in the late 1850’s but not officially sanctioned until almost 100 years later. Â The Barbados Defence Force is one of two regiments in the world that wear this uniform, the other being Jamaican.

Please enjoy a selection of photographs from 30th November 2011.